Kay Crane, the CEO of PATHS, said the nonprofit grew out of a need for medical care for uninsured patients who were clogging emergency rooms with minor ailments at local hospitals, and in 2001 — with a $75,000 startup grant from Danville Regional Medical Center — Project Access of the Dan River Region was born.

The Boydton office even has a gym and a café.

Two years ago, the Danville center doubled in size — and is already running out of room, Crane said. She is actively looking for a bigger space for the Chatham facility and for programs she would like to add in Danville.

There are always more programs Crane would like to see added. Right now, she said, they are focusing on helping female prisoners learn about what medical services will be available to them upon release.

“We have to address addiction and poverty if we ever want success,” Crane said. “When they come out [of jail or prison] they need a medical home to help them with their problems.”

Not just care for the uninsured

Some of the patients come just because they like the service and expertise of the doctors on staff.

During a recent morning, Amie and James Davis were coming out of the pediatric center at the Danville site with their 2-year-old twin girls, Aubrey and Addison.

As the girls played in the bright, colorful and spotless waiting area, James said they chose PATHS for pediatric care because the reputations of the pediatricians — Dr. Drew Baker and Dr. Robert Broughton in Danville and Dr. John McConnaughey in Chatham — were excellent. 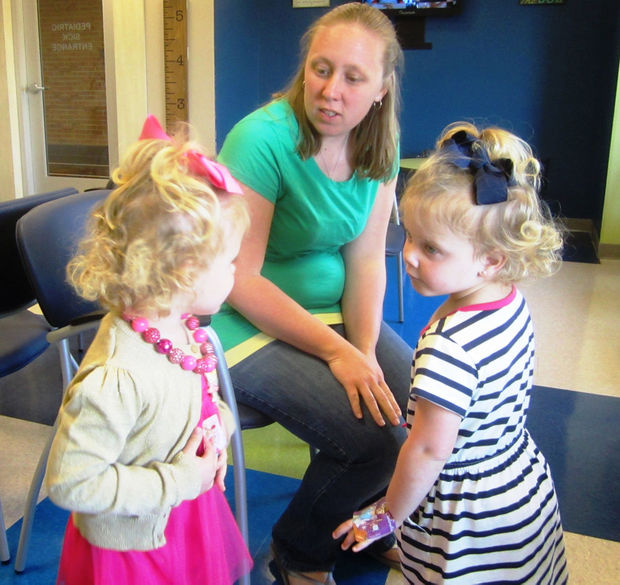 They’ve stayed because the children love the doctors and they are very happy with the care from the girls’ first visit.

Amie laughed and explained that she and one of the twins were in with Baker while her mother waited with the other baby in the car.

“There was a tornado warning and everyone was going downstairs,” Amie said. “[Baker] went out in the rain and got them out of the car and into the basement with us. That sealed the deal with us.”

James said friends sometimes express surprise that they use PATHS for pediatric care, thinking it is “just” a clinic for the uninsured.

“I get insurance through my employer and we pay a co-pay,” James said. “We’re here because of the reputation.”

Amie agreed, adding, “We’re not here for assistance; we’re here because of how the kids are seen and treated and cared for.”

Carmen Gee, the executive assistant at PATHS, said the center has a “good mix” of clients.

“Everyone thinks we’re a clinic or health department, but we’re not,” Gee said. “We provide care for everyone.”

“Every time [DCC] closed, we had to close,” Crane said, noting the various breaks throughout the year made providing timely dental difficult. “We couldn’t do that.”

Now, Dr. James Hartigan oversees hygienists, Virginia Commonwealth University dental students and assistants who have seen 43,000 patients rotate through the six chairs in Danville and four in Boydton in the five years Hartigan has been at the clinic.

“They come from all over,” Hartigan said. “We see patients from as far away as Roanoke … though the vast majority we see here [in the Danville clinic] are from the Danville, Pittsylvania County and Martinsville area.”

Hartigan is quick to say he loves working at PATHS — so much so that he commutes from his Franklin County home to practice there.

The Community HIV/AIDS Assistance Program is often as much about education as it is treatment, Danielle Williams, the manager of the program, said. 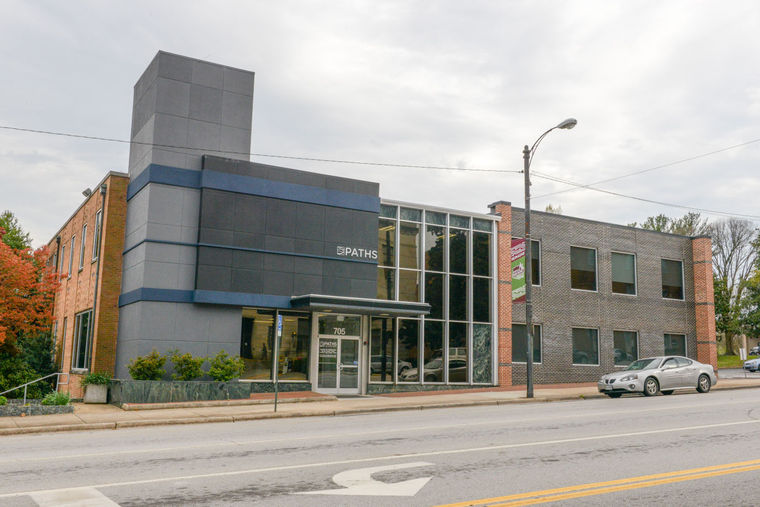 “Being scared and embarrassed can sometimes prevent people from getting treatment,” Williams said. “We calm them down, give the facts and give them protection.”

Williams said they do not see too much AIDS, but have some clients who have had HIV for 20 or 30 years.

“Right now, the bigger issue in this area is syphilis,” Gregory McIntyne, a case manager, said.

Overall, the office has about 200 cases being managed now.

Like others in the building, Williams grinned and said they were already running out of room after the major expansion two years ago.

“When we moved in here [to the expansion], there were 30 people; we were lost,” Williams said. “Now there are 100 people and all of a sudden, we’re full.”

Tammy Moore is the director of the MedAssist program that helps people without prescription insurance get the medicines they need.

Some people have medical coverage without prescription drug coverage, while other have no insurance at all — but Moore works with pharmaceutical companies to try and get free or low-cost prescriptions for long-term needs, like blood pressure or diabetes medication.

It can take several weeks to go through the enrollment process and get lined up with the medications needed, Moore said.

“It’s not for emergency medications; there’s not a lot of help for those,” Moore said. 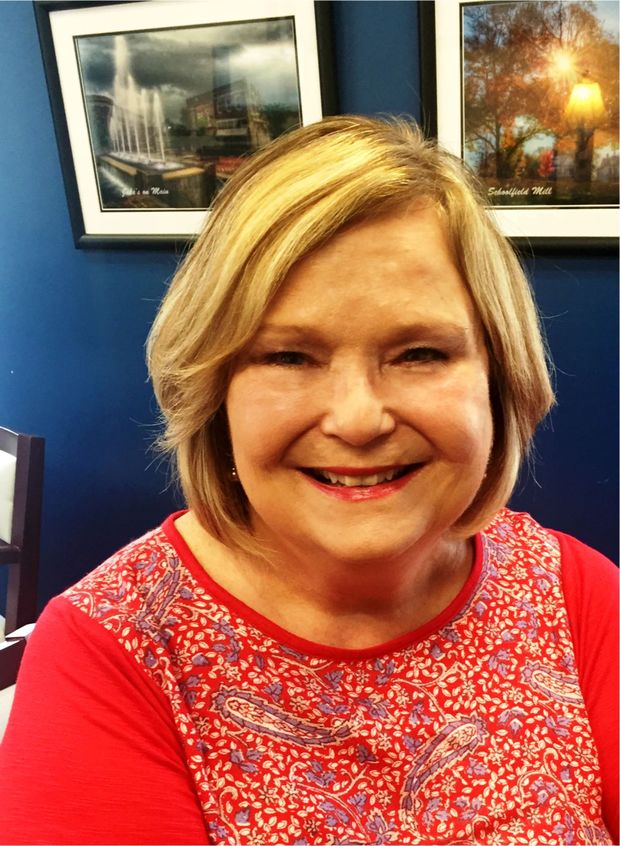 Crane sees a future full of growth and outreach to the various needs of the community. PATHS has gained a reputation as an excellently run facility — in 2012, it was the first federally qualified community health center in the country to receive a perfect score of the Health Resource Service Administration site inspection — and Crane sees no reason to slow down.

“PATHS has positioned itself to be a health care leader,” Crane said. “People do look at us … we’re very excited about what we do.”

“You’ve got to have a healthy workforce, a healthy community, to drive economic development and community development,” Crane said. “We want to help make that happen.”